Hi - I have Litcoin QT wallet not opened for a long time until recently. Took 3 weeks to sync on opening but unable to make any transfers (unconfirmed). Updated the software to Litecoin Core which got stuck on ‘rewinding blocks’ and when I try to shut it down it tells me not to close the computer until ‘this window disappears’…can anyone help me please… all i want to do is get my coins out and onto a nano ledger !!
Thanks vm

hi there . take the wallet.dat from ur appdata and keep it as a back up after that just install a litecoin core account at others computer then u are good to go

The easiest thing is for you to be patient and let it sync. It would take time as there would be loads of transactions to update. You will not be able to use it without it being up to date. There is nothing wrong with your wallet what you have described is normal with any Blockchain wallet. I use the Litecoin core and update it every other day so it is never too long to update even then it take a while.
Just know with the Blockchain wallet you are keeping a copy of every Litecoin transaction that has ever happened and all that is happening right now with the price increase it has seen in the last weeks.

I use a mac too I can help with that.

The location of the wallet.dat on the Mac is
Finder: MacintoshHD/User/yourname/Library/ApplicationSupport/Litecoin

Ps: Note the “Library” in this path is usually a hidden file. So if you have not made them unhidden just google how.

hi, i found the hidden files and the one called wallet.dat as you described but my back up file is called litecoin.dat i think - what do i do now ?

Seasons greetings all… can anyone answer this question maybe?

Change ur Litecoin.dat rename to wallet.dat (you must makesure that Is the wallet backup u do lasting)

i changed the name from litecoin.dat to wallet.dat and overwrote the existing wallet.dat in the new Litecoin Core folder, then relaunched… still no change. I can see the transactions in and out but the balance still shows zero ?

i can see the coins sitting in the wallet when i look at block cypher.com so they are still in there

Do you let your Litecoin core fully sync?

Did you check your new core wallet address is the same address that you belong?

Hi Xue, thanks for the reply. Yes the receiving address is the same as the one that received the coins. I can see the transaction into the wallet but balance shows zero

It is fully synced. There is an arrow in the bottom right corner that says ‘up to date’…
Starting to wonder if this technology really has a future ! 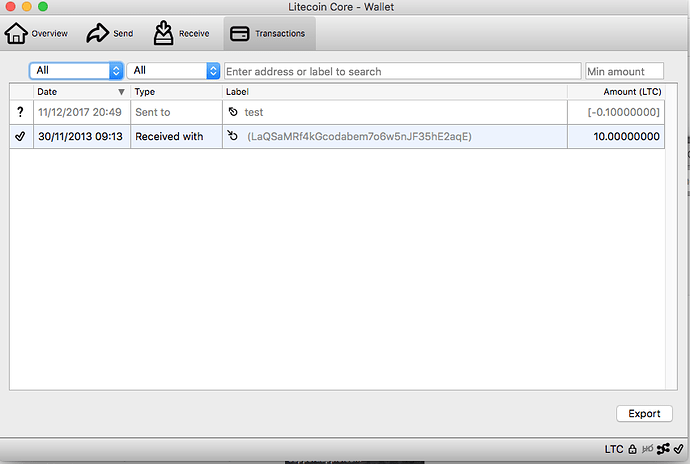 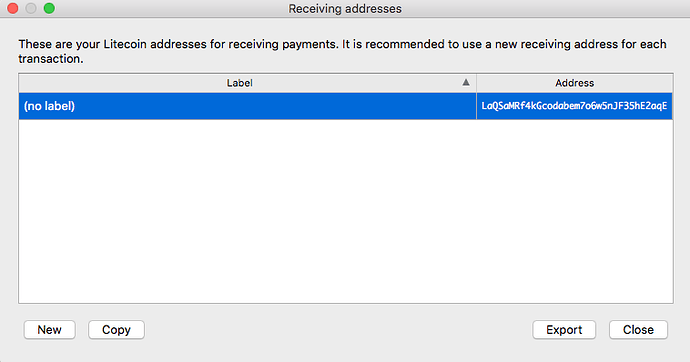