GET YOUR IDEA OUT OF THE PAPER AND WIN 3.5 LTC! #LITECOIN Hands-on Campaign - Deadline: August 31

Deadline has been extended till the end of this month.

Yeah! Thanks! It’s a shame we have to have prizes to encourage ideas. I’ll donate my coins if I win to the Litecoin Foundation.

There were technical difficulties with the website last month. Me and Lite_Diss already discussed extending the deadline so I believe he will edit the post again. Sorry for any confusion.

You are right, the deadline was extended, I just couldn’t update the first post anymore.

Thanks again! Also if I win I’ll donate the prize back to the Litecoin Foundation. Anyone want to match it if I do or do the same?

I rather help LTC to be of help, not win a prize, but thanks!

I have included the deadline in the title of the topic, if you don’t mind.

Thanks. Do you think it’s possible to change the date inside the post?

I think only admins could do that.

I have a list of ideas and would love to introduce you to some interested in contributing time or money if needed for its success! Again, If I win I’ll donate the prize to the Litecoin Foundation, I’m sure most would. Great idea asking the community for ideas!

LTC I think has a bright future ahead and probably already agreements as they are very confident! I wonder what they have coming up next? LTC is impressive!

Now I see through Flare, LTC and the other three assets, are collaborating with Esports

Don’t forget the deadline is August 31!

“Crypto Reversi” is finished. All that is left is to publish it online so that others may also play it. I’ll do it in the morning, but you can see a demonstration of it at the following link: 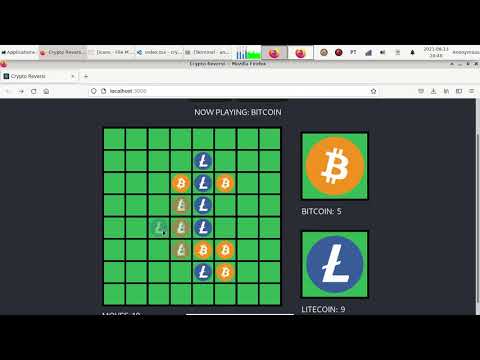 Hello! This is my entry to the competition: a reversi game with a crypto theme.

Seems so easy to win this contest. I wish I could run.

I had some crazy ideas I definitely want to share. After the deadline, of course.

We are only 2 days to go. Here is what is going to happen:

After the deadline, I will take the compiled list from 2021 #LITECOIN Hands-on Campaign Subscribed Contestants and will kindly ask for the two other fellows to vote on the best well executed idea on pvt message. I will provide then am easy way to vote.

They will not be aware of each other vote, so I think it will be fair enough.

After they vote, I will compile the votes and add my vote only if needed, in case of draw.

Then, I will transfer the LTC and announce the winners.

Some of these ideas are so cool

The 3 members of the “board” will vote and we will announce the winners son.

We (@Jf7788 and I) have voted on the ideas, had some further discussion to be able to evaluate all propositions and reach an agreement on the winners. First, we would like to thanks all of you who have collaborated on this contest I created, thanks to the people who have kindly promoted and all the subscribed contestants (@istarman, @Shfbdmhsgs, @Adamt, @ifatweasel, @sashatheguru and @fredericomba). I know it’s hard to put effort on ‘something’ that ‘someone’ said will give away money. Thanks for believing on my crazy idea.

Also, thanks for @Jf7788 and our anon donator for truly believing this contest and putting more money on it to help it grow. It was a challenge for me to handle money that is not mime to make this contest work. Again, thanks for believing on my crazy idea.

At last but not at least, we are now announcing the winners on 2021 Litecoin Hands-on Campaign.

Thanks it! Thanks for helping the Litecoin community to grow stronger! Hope you have some nice ideas to make Litecoin have a brighter future.