Why ten days have passed, only 7% of the support, not known as a lot of mine support

Why ten days have passed, only 7% of the support, not known as a lot of mine support 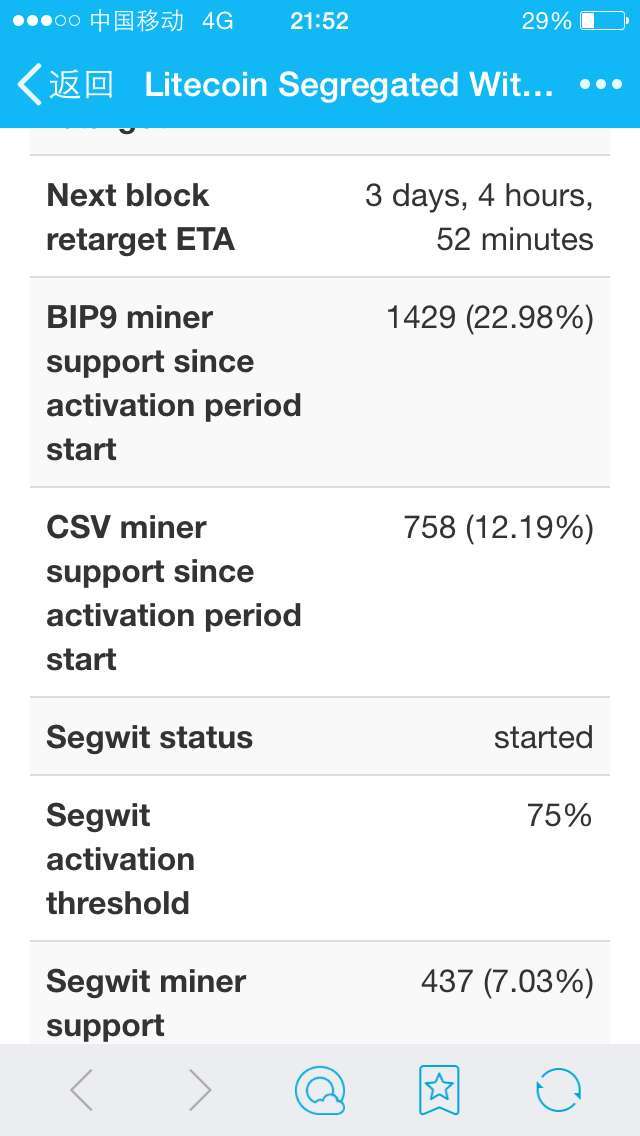 15.4% of the network (77 out of the last 500 blocks) have supported. So support is growing. Your question should be why pools are taking so long to update software.

Nashrate droping so fast as LTCBTC ratio.
Not a good point for invest.

Seems like normal variation in hashrate. I’ve been mining since 2012 and have seen multiple ups and downs. From an investment point of view if segwit passes it will likely bring in many new buyers from the West driving up the price.

Not normal for perspective coin. Look at BTC hashrate. It is increasing for 2 year without any drop such on LTC.

Not sure what your point is. It’s way higher than it was two years ago. Just go here and select the last nine months https://bitcoinwisdom.com/litecoin/difficulty
Ups and downs are normal. I don’t know how many times posters on various forums have noticed a drop in hashrate and started panic postings. As a miner I always appreciate a drop because it helps income. As a miner I always know it’s only temporary. I understand your losses have given you a negative viewpoint with LTC ddr533; but, pointing out a meaningless and temporary drop in hashrate is a very weak point in your attempts to disparage the coin.

It seems like the pools in China are either NO to Segwit, or slow on signaling a YES. The vote is ongoing for a year until (a running) 75%of the last 8064 blocks have signaled YES. The Litecoin community is not that big, but WE ARE in the making of HISTORY - IF WE DO THE HOMEWORK. It is up to ANYONE who has any interest in Litecoin, as well as in cryptocurrencies as a whole, to actually make a difference!!! YES or NO - make up yout mind!!! And please - dont let the civil war in the Bitcoin community affect your judgement. It has nothing to do with Litecoin. We are way passed that in a historic context. And if the current Bitcoin issues isn´t solved:… Litecoiners should not care. And that is not a bad thing. Gold has never been the day-to-day currency…unless you were an emperor, having a bad hangover…and in a bad need for a snack…

Calculated value (based on hashrate) is 23.4% at this moment!!

LTC mining is strongly centralized. So, it makes no sense to calculate the percents, because the situation is under control only by a few chinaes people -bigest miners. This is very bad and it is not conducive to new investments.

I completly disagree with you. In the first place the biggest pool (F2pool) is a pool with individual miners, so no centralization at all. Second, the hashrate is more or less evenly divided over at least 8-10 pools, no centralization there too. Pretty much the same as bitcoin.
And calculating the pool that support segwit and their current hashrate, we are at ~23%, as simple as that. 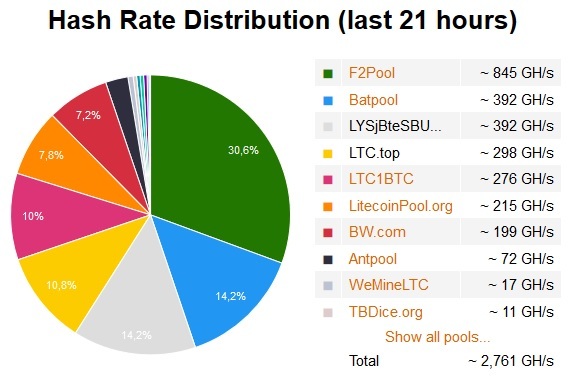 So, I don’t understand why you say ltc is centralized, because it is absolutly not.

OMG. As yo can see only 3 mining pools control more than 50% of hashrate.
Yes. LTC mining is HIGHLY centralized.

I’m sorry but you talk nonsense. Your comment can only mean two things, you are not smart enough to understand what centralized means or you have no clue what a mining pool is.
By the way, for bitcoin, four pools have 50% of the total hashrate…