"Status: 0/unconfirmed, not in memory pool"How to get the coins back?

"Status: 0/unconfirmed, not in memory pool"How to get the coins back?

Last month, I transfer operation, my wallet did not upgrade, is installed in 2013, the old wallet software, there is now the problem,I do not know how to do, ask an experienced friend to help, very grateful.

The details of the transaction are as follows：

I have the same problem but I would like to send the coins.

The blockchain is updated.
The status is still 0/offline. I tried this now 3 times and waited 3 days for the first try.

Any suggestions?
Thanks in advance.

I abandoned the last two transaction after several days.
The recommended mining fee is 0.0001 LTC/kb, I used 0.2LTC/kb as a mining fee.
After selecting “ports via UPnP” and a restart incl. new sending, the current status is still 0 / offline. I can wait more days but I do not think the status will change

I checked my firewall. If I go on Peers I see different NodeID´s 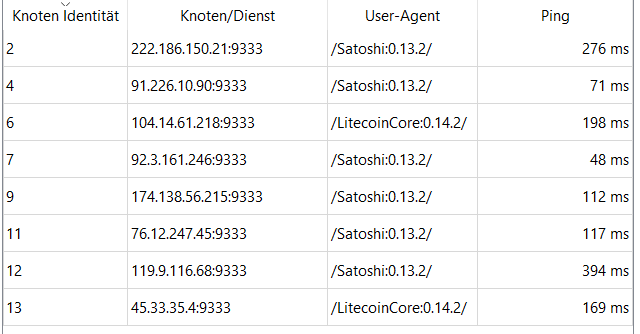 If all else fails create a .conf file and put it in your app data folder containing the following:
server=1
daemon=1
rpcuser=username
rpcpassword=pass
rpcallowip=127.0.0.1
rpcport=9332
gen=1
The gen=1 option set you to generate blocks…
Also may be able to try typing setgenterate true in console

I created a litecoin.conf file with your following content and added it into the /app data/roaming/Litecoin folder.

There was no .conf file before in the folders.I could not find the code setgenerate true.
Nothing changed…

that .conf file placed in your appdata folder for litecoin will work fine…its the gen=1 option that makes you create blocks…btw its no longer setrgenerate true its generatenblocks true or something like that…gotta double check the commands but it did change…

I double checked the connection. I got still 8 outgoing connections but remain status: 0/unconfirmed, not in memory pool. 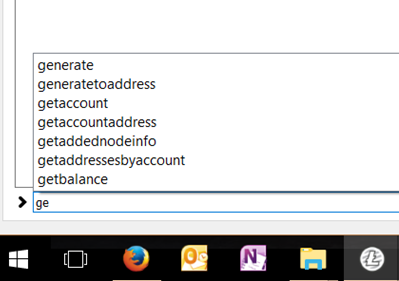 Generateblocks does not exist.

and if its not in your mempool you need to cancel it and broadcast it again…your not using a segwit or multisig address are you?
because failure to sign the transaction could be why its not in the mempool…it said your mempool was working fine though…you just need to wait until the next block is found…keep your node open and watch the relayed transactions in mempool…it’ll get p to around 100 and then start over…when that happens…thats one confirmation

I abondoned the last transaction and selected the input via the arrow buttons incl. fee. Still no change, it does not reach the memory pool…Status: 0/offline, has not been successfully broadcast yet
My network traffic works, I can see the received and send.
What do I have to type in: e.g. generate 11 blocks?
When I would like to get entry to the mempool for my transaction, following occurs…

How exactly can I broadcast to nodes?

How many number of connections do you have (in and out)?
I am not using a segwit or multisig adress. How can I choose what kind of address typ I am going to use?

type this into console with proper address and amounts in place
usually have 0in/8 out but sometimes I get more out and up to 3 in because my node is generating nblocks by relaying transactions and peers are able to connect to my node to solve blocks because I have a .conf file in place…if you never created a .conf file then it will always have 0in and 8 out and its when the block is found on the nodes you broadcast to is when the next block is found(confirmation)

I followed your advides but I really despair. Every transaction which I try to send will not be broadcasted and turns afterwards into unconfirmed, not in memory pool!

have you tried to dumpprivkey (txnumber)
??
does it return a private key?

I did it but the message came up
Error: Please enter the wallet passphrase with walletpassphrase first. (code -13). So I have to unlock my wallet for 60s

Why is this adress not known?

is not in your wallet.dat file…