Promote Litecoin with the help of Dogecoin? 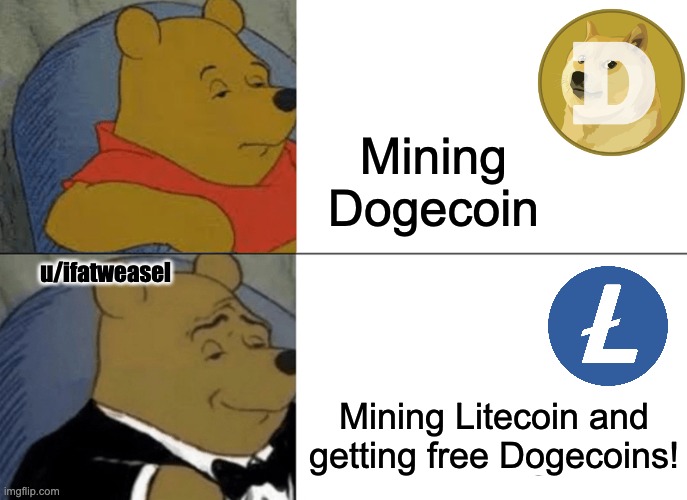 As we all know, Dogecoin is quite popular … but many people don’t know it has merge-mining with LTC,
We can use such memes to promote LTC Mining.

This will make LTC network more decentralized and also make LTC-mining more popular.
Mine LTC and get free dogecoins with it.

Excellent idea as many Doge and even LTC owners don’t know this. 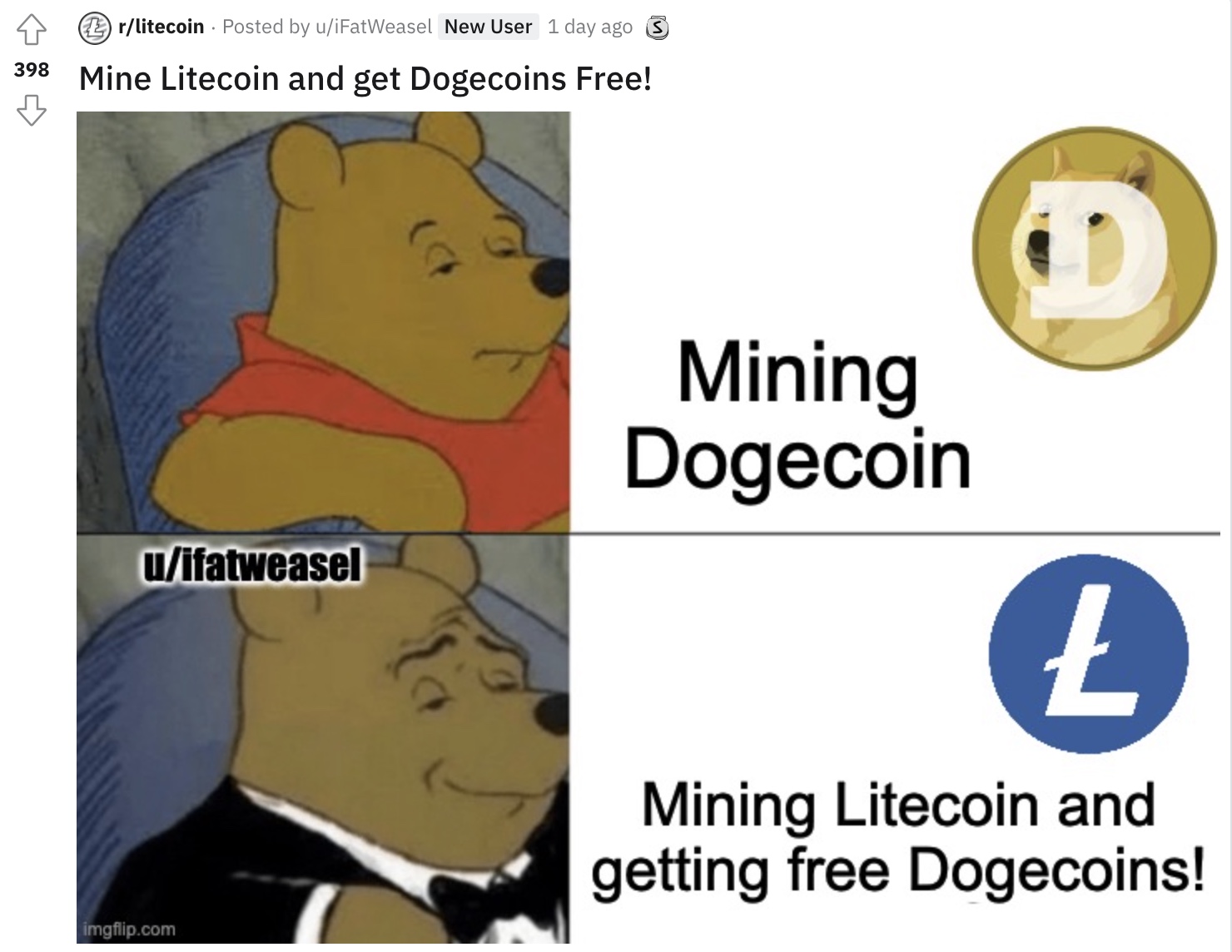 What does Litecoin have to gain?

When coins have to compete for miners, someone always loses. As Scrypt ASICs come on the scene, the “there can be only one” theory might turn out to be true for Scrypt coins. Given Litecoin’s dominating hashrate and Dogecoin’s mining flaw, it is likely that Litecoin will keeps its #1 position (Scrypt). That said, there is still a small chance that Litecoin will lose out to Dogecoin. Merged mining eliminates that possibility by making it so that each coin can thrive on its own merits and not have to compete for miners to survive. By combining mining hashrate, both networks become stronger. It’s a win/win for both coins.

Most of the Litecoin supporters, I’ve talked to, think that I’m wasting my time. Some want Dogecoin to die and don’t want me to help Dogecoin and let it’s mining flaw kill it. Some think that they will not appreciate my help and/or will end up not doing it anyways, so it’s a waste of my time. Some think that by helping Dogecoin now, I will actually give them a chance to survive this and eventually overtake Litecoin.

Keep up the excellent work. Tribalism in crypto is “so last year.”

FYI, you can now merge mine Litecoin and Dogecoin on HyperDonkey.com’s P2Pool node!