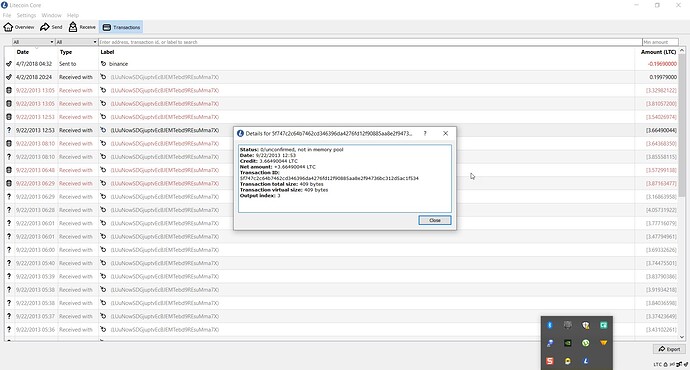 what is the address so we can look on block chain

also copy/paste the address so we can use it, its harder to pull that info from images.

DO NOT try to abandon those transactions. Instead, try broadcasting them.

If you still have the involved transactions, I might be able to help you with this. Feel free to send me a private message.

People buy wallet.dat files like that all the time.’

woa is that a thing? O_o
anyway OP says those are coins personally mined years ago, so I think that means OP hasn’t bought a wallet.dat file

well of course someone that bought one wouldnt outright say they did. but those transactions are not on the litecoin blockchain. so are either fake or maybe testnet… the only activity that address ever saw are the top two transactions shown in the OP’s screenshot.