Just caught up with donation match since May with ~23 LTC:

Everything is caught up on first post. Unfortunately, the fund it down to only $6400, which is enough for next month’s pay. After that, David will end up on the streets! So help donate if you can.

Has funding always been a challenge? I apologize if that’s a dumb question. I’m new to this group and don’t want to just assume anything. It would be a shame for MW and other LTC improvements to be delayed. I feel like now is the perfect time for LTC to shine. All eyes are on the crypto market. I hear people at church talking about Bitcoin. Are other methods of fundraising happening on other forums? Twitter, facebook etc etc

Funding for Litecoin development has always been donation based. Unlike most coins, we had a fair launch, with zero premine/ico.

It would be a shame for MW and other LTC improvements to be delayed.

We don’t expect any delays from lack of funding.

Thank you for the quick response. I will do what I can to help and spread the word. Happy to be here and I am a big believer in LTC.

Don’t worry, even Satoshi could help us out. 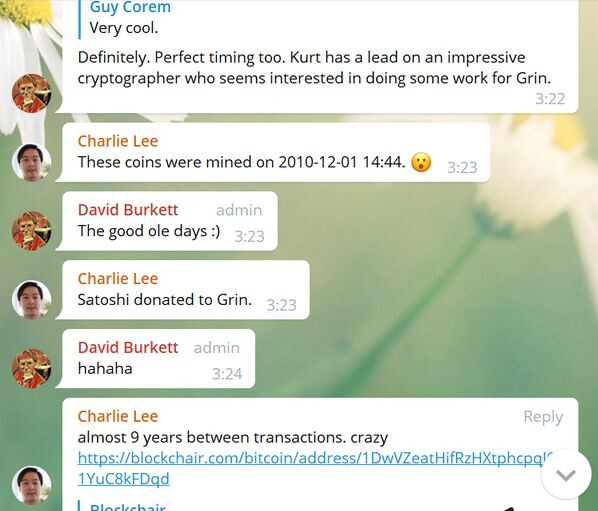 I just did another donation match for 118 LTC: Insight

Thanks to everyone that donation and special thanks to Ryan Wright for donating 100 LTC!

We now have about $40k in the fund, which will be enough to pay for 6 more months of David’s MWEB work. Don’t worry… even after MWEB is launched, David will continue to maintain and improve MWEB and Litecoin.

I can think of more than a few venture capital funds that would likely be interested in donating much more. They just need to presented LTC in a positive way? Does LTC have a publicist that could present the material? Why not infuse millions into this great project and really watch it take off more than ever.

LTC deserves to be lit up with capital!

We now have about $40k in the fund, which will be enough to pay for 6 more months of David’s MWEB work.

Updates are important. What is done to spread the word?
I know for a fact that LTC is often used as the preferred transfer coin. I wonder why no one picked up on that. With give-away you only get opportunistic people.

I just saw Litecoin MWEB webpage what I understood there is been a new update released for miners and people hosting nodes can someone please tell me do I have to update my miners or this update will take place all by itself. Also how much is a fee and is it every miner mining LTC has to pay could you please either guide me to information or answer my question
thanks

appreciate further development of the Blockchain and increased security of transactions for security sake, and development to further the Blockchain, however I do not agree with adding this extra layer if it is purely to add an extra anonymity factor to the blockchain. I understand the principle, but I also understand the path this leads down and the damage it will cause to the blockchain in the eyes of the mainstream. We will loose ground rather than gain it. While it may drive prices up short term, it will end up killing the block chain long term if that is the purpose of these new protocols that are proposed.

While it may drive prices up short term, it will end up killing the block chain long term if that is the purpose of these new protocols that are proposed.

We won’t know that for sure. The future after all is pretty much uncertain. I hope that the Litecoin Foundation sees the light and turns the ruder.

Which telegram group is that?

I trust Litecoin. I think it is a great investment. Thanks to its well-established mathematics, which was derived from a fork of Bitcoin’s source code, Litecoin allows users to be their own bank and handle their own financial transactions. To put it another way, it is broadly distributed, technologically secure, and extremely speedy and efficient. These advantages are now utilised in practically every business throughout the world.

Thanks to everyone that have donated! We have about $38,000 left in the fund, which will last another 6+ months.

And because MWEB is not live yet, you can probably figure out that I just bought 200 LTC to fund this donation.

You can’t get free BTC.