Found a youtube vid explaining how to import into electrum but when I downloaded it there was no longer an “import” option for private keys (only “sweep” and “export”) - and I couldn’t get it to happen there. I’ve then tried jaxx. It says it offers import support for litecoin paper wallets (including encrypted ones) but after I scanned the QR code it just sat there and did nothing…

I’m now synching the core wallet. Could anyone let me know how long the synch might take? Or if I have any other option but to wait?

New to litecoin and any help would be much appreciated!!
Thanks

don’t do anything until it is completely synced

open your qt core wallet and under help click debug window then click console and type: importprivkey (followed by the private key/spend key) then rescan if needed…
as long as there is a value greater than zero attached to the key the coins will pop up and the transactions corresponding to it will appear in your wallet / key manager

Thanks for that. I don’t mind waiting for the sync but am wondering how long it might take to finish? I actually have to go away for work on Tuesday - if it’s not done by then that could be a problem? I can put my laptop to sleep while in transit but will doing that / going offline break the sync and mean I have to start again once I’m set up Tuesday evening?

Also…I’ve found that exodus has the option to import private keys but it asks for them in “WIF” format. Does anyone have any idea what that means? (It won’t accept the format I have on my paper wallet - so I assume it isn’t “WIF”…)

Thanks so much again anyway. This is more of an issue than I’d anticipated when creating the paper wallet…

here are all the formats available for storing a private key: 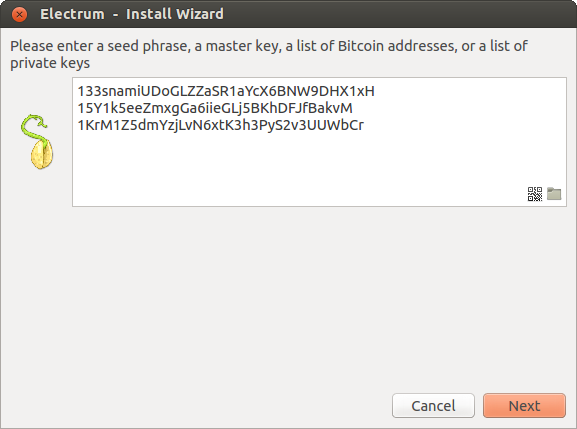