I participated in a ICO using LTC however my Trezor has been converted to Segwit, now I would like to know if there is a way to sign this message.

The ICO support has told me to use this guide for blockchain,info: 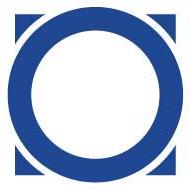 maybe I can download the LTC Core wallet and import the 24 word SEED & the segwit adress would show as Legacy adress? 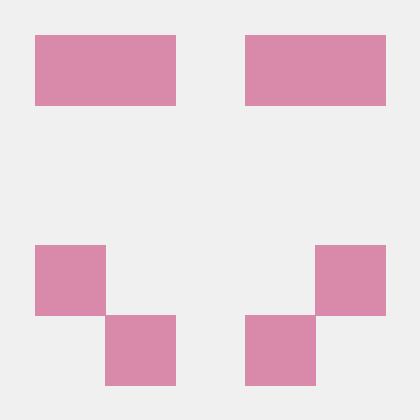 If I’m understanding correctly even as I already made the Segwit transaction I would still be able sign this message if I extract the private key?

well the seed is the private key from my understanding, so I’m assuming I would import this into pywallet or core wallet then sign the transaction that was made using segwit?

Like bakd247 said you CAN’T use Litecoin-core to import your Trezor seed, it is not a HD wallet.

Your only solution might be to use Electrum-LTC (electrum-ltc.org). Download version 2.8.3.5 with Segwit support. Electrum has a function to sign messages. Once it is downloaded to your computer - FIRST ensure that you do a good scan of your PC to ensure that no key-logger malware is installed. You will type your seed words and any key-logger may steal your Trezor Litecoins (and Bitcoins, and Dash, and whatever coins you have in the device) - they all use the same seed words.

Once Electrum-ltc is installed on your PC - TAKE YOUR PC OFFLINE - ensure that the internet is disconnected.

Start Electrum-ltc, it will ask you to create a new wallet, Select Standard Wallet (Next) --> I already have a seed (Next) --> Select Options and Check BIP39 (ok) - Enter your 24 seed from the Trezor (Next). Account number should be left at 0 if you have only one account set on your Trezor (next) - Enter a password if you like: the reasoning behind this is that if a keylooger is installed on the PC, even if a password is entered at this step is irrelevant (the seed words don’t need a password to reproduce the private keys). Electrum will generate all your Litecoin addresses. Go to Wallet menu option and select Addresses - this will add an Address tab. Select it, and check which address you used for the ICO - they should all start with the letter “L” now, instead of “M”. If you spent the litecoin of that address since, look in the USED section - where the used addresses are listed. The signing tool is in the TOOLS menu - just go to the address you want to sign with, right-click on it, select copy. Go to the signing window, paste the litecoin address in the Address box, enter the message to be signed, as provided by your ICO - in the message box - and click SIGN - you will receive a bunch of characters that you copy on a USB stick. That is your signed message.

NOW - destroy Electrum and ensure that you especially remove the newly created wallet. On windows, is it located in the APPDATA/roaming/Electrum-ltc folder, on a mac, it is located in a Hidden file (.electrum-ltc) - same for linux.

EDIT: Now that you have seriously compromised the integrity of your Trezor, I would recommend moving all your coins out of the Trezor, create a new seed, and re-import them into the Trezor. Just saying… your seed has seen a keyboard and the light of day… bad.

@bakd247 Your help in the forum is generally very appreciated. But in this case, the comments you made about Trezor are just plain BS… you need to do more research.

Any other system, or wallet that requires you to type a password on a PC keyboard to initiate a transaction is (security-wise) flawed - by default.

If you own more than $2000 worth of cryptocurrencies, I would strongly suggest you read more about them.

Pizza is on me!

Thanks for the detailed explanation, from my understanding I would after installing Electrum-LTC also need to download the full blockchain otherwise I don’t see how Electrum would be able to see my transactions?

Even if there is a counter party “L” adress for the “M” adress that the ICO payment was sent from I’m still not sure if signing the “L” message would work as the format for the ICO is like this:
LTC adress: Mxxxxxxxxxx
Message(ETH adress):
Signature:

Even if Electrum finds the “L” adress connected to the “M”, mostlikely any verification process would not accept the “L” signature as valid when trying to verify the “M” adress, or maybe it would?

I was under the understanding that you knew which address was used with the ICO. You will have to provide more information about the ICO to be able to understand what they want.

A private key is a private key - it has nothing to do with a public key. The L or M is added at the end - don’t worry about it. Electrum will sign the message with the private key - that is what is important.

You really have to read more on your own about how crypto keys are generated … Otherwise, just leave this arena, you are not ready for this technology yet …

yes I do know the “M” public adress that was used to make the LTC payment to the ICO, but I’m worried that the corresponding “L” adress does not verify when trying to sign the “M” message.

but obviously if the “M” = “L” for verfication and signing messages purpose then yes it would work & I should try it out.