My LTC is missing

Just now I checked my wallet and found that I lost 9.34 COINS

On February 20, there was a very strange deal that I didn’t initiate.The address of the other party is not shown in the wallet. According to the query of hash, this is a record containing 22 transactions.The 22 transactions add up to the 9.34 LTCS I lost. How did that happen?

Is the wallet already so insecure now? Can others transfer money from my wallet at will? 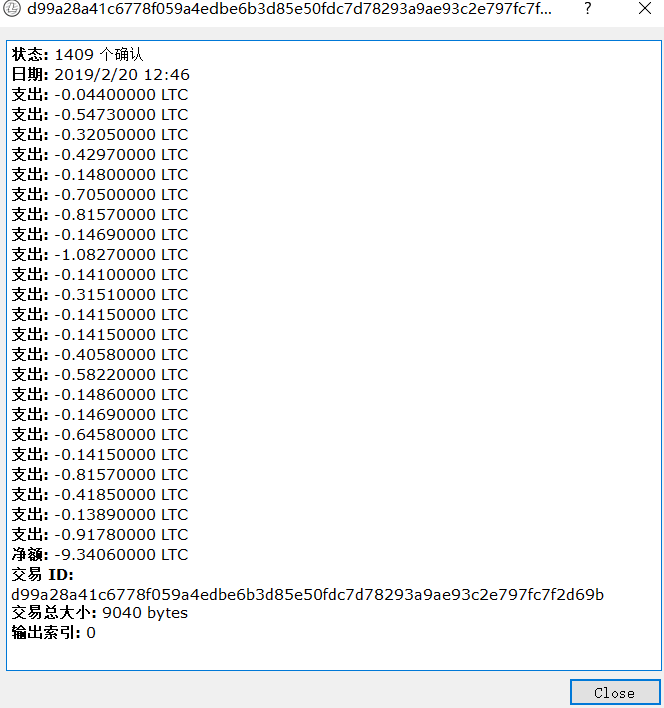 Not an expert at this but you seem to have been hacked. Some kind of keylogger where he/she was
able to get on or maybe a roomate? other?

Others on here with more skills than me can chime in.

If you have any issues with your computer and don’t have a clue…move any remaining coin to a paper wallet for now would be wise to do. Put that in a safe place (safety deposit box?)