Can Litecoin Devs Freeze Your Wallet?

Loshan T (The “Full-Time Developer” of Litecoin) on the official telgram Litecoin channel threatened me, are Litecoin Devs actually able to freeze users funds and why does Litecoin hire people that behave like children?

I do not know the answer of your question, but I have the following reasoning: I have built the Litecoin Core client from source, and if there was a backdoor in the source code, it should be a quite hidden one, otherwise the revelation of it (which shouldn’t be too hard, since the source code is fully open) would be an immense scandal, crushing the reputation of Litecoin.

I think that the code is bloated and has an unfortunate choice for a programming language (C++, but Bitcoin was developed in 2009 and there weren’t decent alternatives back then and there are few alternatives nowadays). The code needs a specific version of some C++ library that does some database management and the source code of this must be downloaded from Oracle (there’s even a script for that).

Is there something hiding in this mess? If there is, one alternative is to use a third-party application that implements the protocol and you trust it. The protocol itself is decentralized, so you can develop your own software without trusting the original Litecoin developers.

If you are really angry at Litecoin, inspect the source code and reveal backdoors, if there are any. the scandal will give you the revenge you’re looking for.

I don’t think there is one, by the way. The Litecoin Core developers even go the extra mile to increase the safety of the software, giving warnings where people might be prey to “social attacks”, being deceived by malicious third-parties. 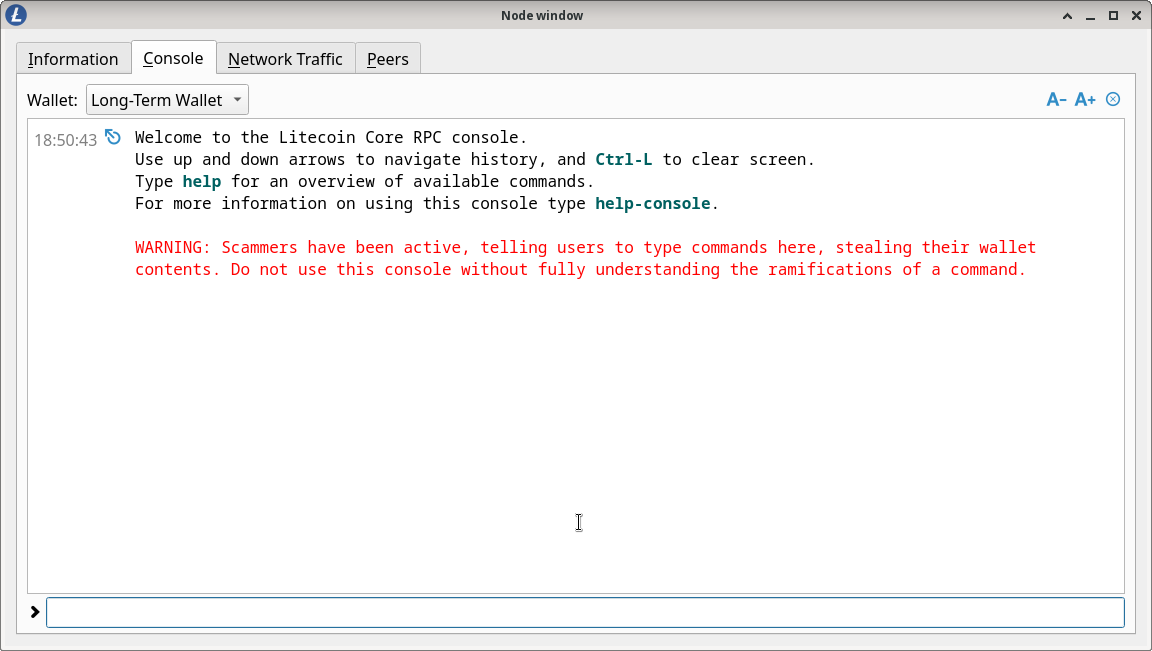